How to use
Ingredients
RefProducts Filter
show blocks helper 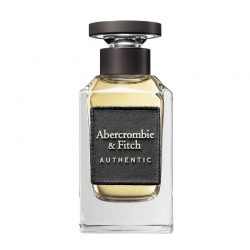 The modern mens fragrance Abercrombie & Fitch First Instinct is extraordinarily masculine, bold, and addictive! This very fresh fougre fragrance has an oriental touch that conceals an exciting sexual charge. The top notes of First Instinct are already highly appealing. Sweet tones of fresh melon mix with chilled gin and tonic. This masculine note is followed by the intense aroma of Sichuan pepper, which adds a true spiciness to the scent. The composition also includes energetic accords of fresh citrus, whose juicy essences create a feeling of unbridled excitement. The amber base note with a hint of musk wonderfully underscores your charisma. The outstanding men?s Abercrombie & Fitch First Instinct fragrance is designed to make you feel perfect and invincible. 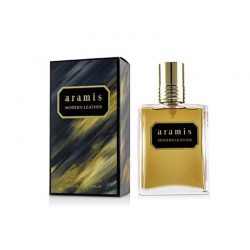 Aramis Modern Leather, a new scent inspired by the fine things a man seeks in life. A new twist on a true classic, Modern Leather epitomizes the Aramis man in every way?classic yet provocative, masculine yet elegant, and contemporary yet timeless. The Aramis Modern Leather fragrance is inspired by one of the key notes of Aramis Classic leather but has a modern and fresh twist. A fresh take on the quintessential leather character: basil provides lift and distinction to the top, while geranium and violet leaf absolute add a masculine floral heart. Lasting impressions of refined leather, oak moss and vetiver reveal that some things only get better with time. 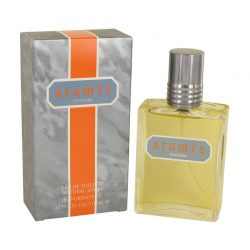 Powerful and worldly, Aramis Voyager Eau de Toilette Spray is the fragrance of a man whose sense of adventure can never be quenched. Inspired by the epic quests of man, both ancient and modern, this unequivocally masculine fragrance captures the imagination in its daring notes. Aramis Voyager takes its cues from the classic elegance of mens fragrance, with a new energy that rouses the senses. Aramis Voyager aftershave opens with the powerful energy of ginger and juniper berries spiced with black pepper, an explosive combination. At the heart of the fragrance, fougere notes of lavender and sage meet with the creamy heat of nutmeg, before a sensuous dry down of tonka bean creates an exotic, captivating end to a most daring fragrance. 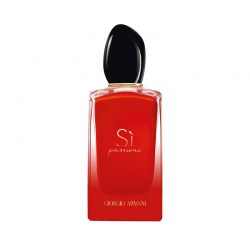 Si Passione Eau De Parfum Intense, the fragrance for women by Giorgio Armani, captures the vibrating true passion. The iconic Si signature of blackcurrant nectar is blended with an emphatic floral heart made of a jasmine duo, creating a fierce and powerful energy that is further enhanced by patchouli essence and vanilla extract. An ode to vibrating femininity, Si Passione Eau De Parfum Intense celebrates the contrast between the floral brightness and the intensity of passion. In Giorgio Armani's own words, "Intensity doesn't need to be dark. Intensity is a movement in the making, a continuous vibration." 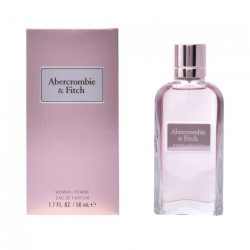 First Instinct Blue For Her is a fruity fragrance that was launched in 2018. The scent opens with top notes of bergamot, blackcurrant and marine notes, middle notes are jasmine, apricot and peony. Base notes are patchouli, vanilla and sandalwood. 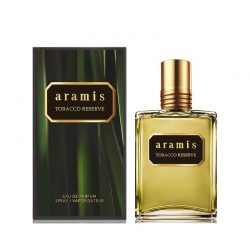 Aramis Tobacco Reserve, a new fragrance for him inspired by the finest tobacco from Havana rich and bold, the fragrance invites you to indulge and escape in the moment. A new interpretation of an iconic classic, Aramis Tobacco Reserve epitomizes the Aramis man in every way alluring, sophisticated and complex. Created as an Eau de Parfum for heightened intensity, a masculine heart of bold, tobacco leaf is enveloped by Clary Sage and the subtle sweetness of Tonka Bean. 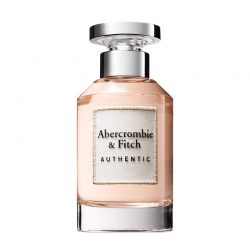 AUTHENTIC for Women is freshness for the young woman who thrives on transparency, and refuses to be labeled or defined. This new fragrance is composed of dewy Pear and blossoming Magnolia, surprisingly turned magnetic by the warming appeal of Ambrette Seeds. Individual and fearlessly expressive, AUTHENTIC lets her stand out for who she really is.